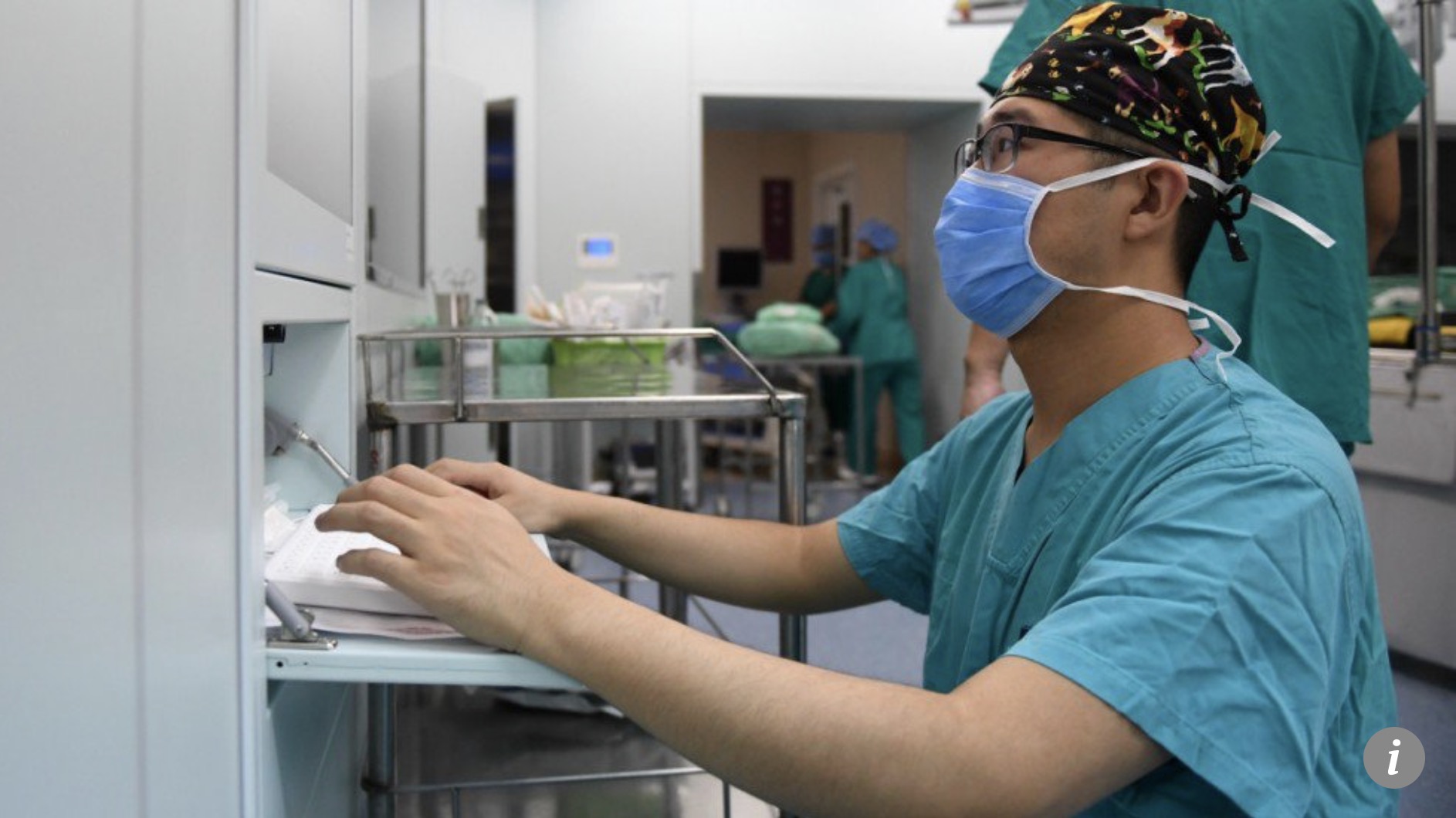 A leading Chinese technology start-up in facial recognition is turning its attention to catching cancer.

Yitu Technology has teamed up with a hospital in Chengdu to use artificial intelligence to reduce wait times for lab results and speed up diagnosis and treatment of cancer.

Initially focusing on lung cancer, the most common form of cancer deaths in China, a system co-developed by Yitu and West China hospital, will assist doctors in diagnosing and treating the disease by processing real time inputs from written records, genetic tests, scans and pathological examinations.

A database of lung cancer cases has been established in Chengdu, capital of Sichuan province, Yitu said on Friday.

“While some may say AI is built on big data, we believe health care data is built on AI,” said Ni Hao, Yitu’s health care chief executive. “We want to show the industry what an AI-empowered diagnosis and treatment system will be like.”

The project comes amid China’s push to gain supremacy in AI, with health care becoming a major focus along with security and new retail applications. Yitu said the computer vision and deep learning tools behind facial recognition are also able to identify pulmonary nodules and help machines learn patterns in lung cancer cases that can be used for diagnosis and treatment.

Founded in 2012, Yitu completed a US$200 million round of funding earlier this month, with investors including ICBC International, Gaocheng Venture Capital, and SPDB International. China accounted for 48 per cent of the total US$15.2 billion raised by AI companies worldwide last year, outstripping the 38 per cent raised by US firms, according to US research firm CB Insights.

The AI health care market has attracted some of the country’s biggest tech giants, such as Alibaba Group and Tencent, both of which have announced tie-ups with hospitals for smart diagnosis platforms. On Tuesday, rival Baidu moved to open source AI technologies that can help pathologists detect breast cancer, while an intelligent robot developed by Shenzhen-listed iFlyTek cleared China’s national qualification exam for doctors in November.

The Yitu system will offer doctors a diagnosis and suggested treatment within seconds and is likely to be approved by the China Food and Drug Administration (CFDA) next year, according to Ni.

The analysis will be based on case studies of about 280,000 previous lung cancer cases, said Ni, adding that “simply pooling” cross-disciplinary data without using AI for analysis will not provide the necessary platform for assisting in medical decisions. Every year about 830,000 people in China are diagnosed with lung cancer, with the disease accounting for one quarter of all cancer deaths in the country.

“The five-year survival rate for lung cancer … below 20 per cent … has shown no clear improvement over the past two decades,” said Li Weimin, director of West China hospital. “To improve the survival rate has been difficult.”

While the initial focus is on lung cancer, the hospital has agreed to work with Yitu on jointly developing AI applications for 10 types of cancers, including gastric, colon, liver and breast cancer, according to Li.

“The future of AI is in health care,” said Fang Cong, vice-president of Yitu. “Its application has grown from diagnosis of a single disease to multiple ones, and from natural language processing or computer vision to comprehensive analysis.”

Still, the lung cancer initiative comes after IBM’s Watson health care unit in the US, one of the industry’s pioneers in AI-enabled medical query services, laid off more than 50 per cent of its staff last month, according to a report by the Register.

Ni said the problem with Watson is that it is not integrated into hospitals. “Doctors have to print out a patient’s record, and sometimes manually fill in as many as 200 characteristics or symptoms,” he said. “Focused on treatment instead of diagnosis, [Watson] can only give a rough therapy guideline.”

China is already ahead of the US when it comes to AI enabled diagnosis, according to Ni. “AI is seen as the best solution for China, where health care problems are more severe than in the US, which has a narrower gap in skill levels among doctors,” he said.

“China has a huge population base, with strong demand for a solution to the shortage of doctors at different levels of hospitals,” said Ni, adding that the “human cost” also works in China’s favour because US doctors cost between US$250,000 and US$300,000 per year, two to three times more than a programmer is paid and far more than AI start-ups can afford.

Yitu has a team of about 400 doctors, most of whom work part-time for about 10 hours a week to help label data, while one fifth of its full-time employees have a medical background.

Having set up its first international office in Singapore earlier this year, the start-up is looking to expand into Southeast Asia including Malaysia, the Philippines and Indonesia, Ni said.

You can copy the link to share to others: https://www.yitutech.com/node/470