When China announced its initial team of national artificial intelligence (AI) champions in 2017, Tencent Holdings was tasked with leading the development of computer vision for medical diagnosis. 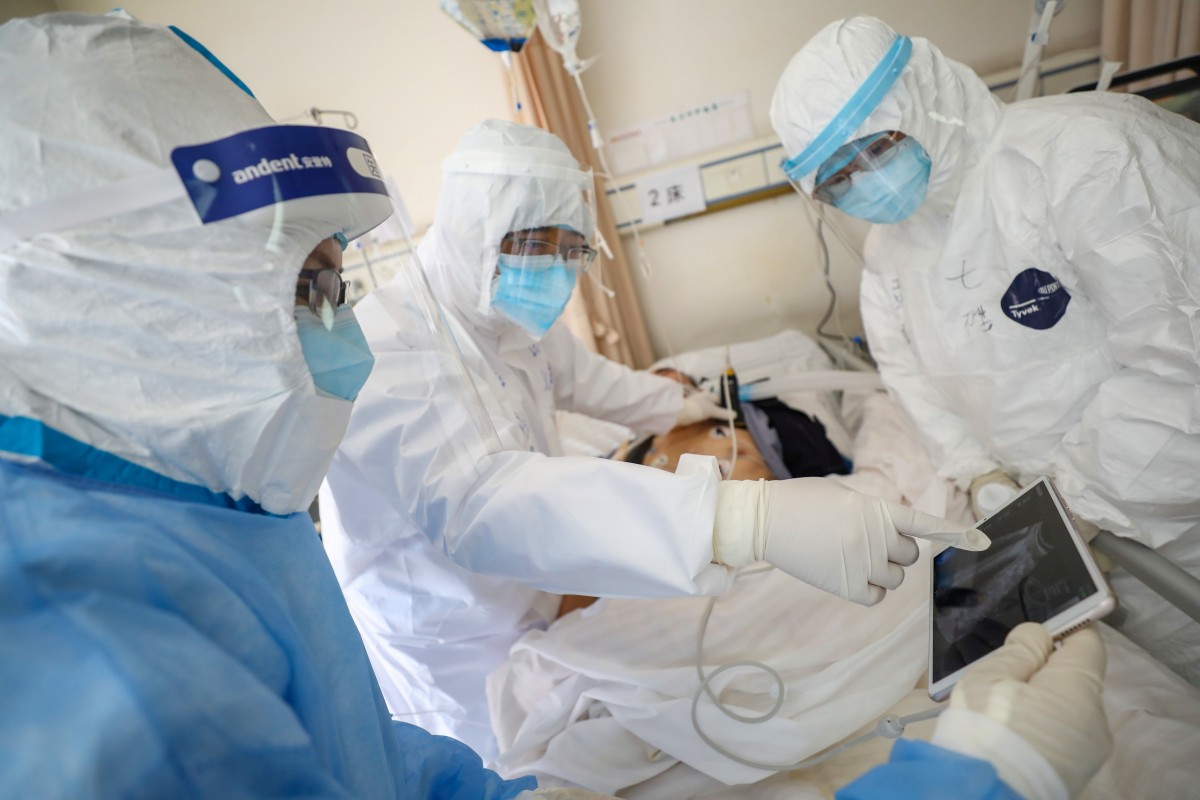 Medical workers in protective suits attend to a patient inside an isolated ward of Wuhan Red Cross Hospital. Photo: Reuters

Soon after, the company launched an AI medical imaging platform capable of diagnosing a broad list of illnesses, and a cloud-based ecosystem for sharing and collaboration between domestic health care AI companies.

The same year, an intelligent robot developed by iFlyTek passed China’s written national qualification exam for doctors, in what was hailed as a game changer for the country’s strained health care system.

These developments, outlined in the South China Morning Post’s new China AI Report, are among a range of AI applications in health care which have helped the country’s response to the coronavirus outbreak.

Diagnosis is the focus of most AI initiatives in China’s health care sector, given the “sizeable opportunity” presented by the large number of patients and the data they generate, according to the Post’s report.

Such applications are proving useful at hospitals, which are beset with plenty of patients and more people anxious to know if they could be infected with the virus that causes Covid-19.

A prediction model developed by Ping An Technology, for instance, is helping health care authorities in Chongqing and Shenzhen predict outbreaks ahead of time with accuracy rates of more than 90 per cent, according to the report.

“Throughout the coronavirus outbreak, it has been demonstrated that online medical consultation is an efficient, convenient method that allows [suspected] patients to avoid catching infectious diseases,” said Ping An Good Doctor’s chairman and chief executive Wang Tao earlier this month.

You can copy the link to share to others: https://www.yitutech.com/node/865